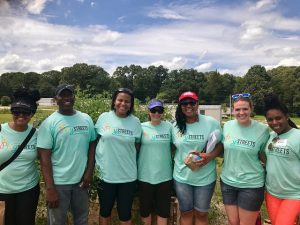 Play Streets! Have you heard of them? Well, Play Streets are temporary street closures that allow for an area to be used for physical activity with the earliest of these events dating back to the 1920s. With support from the Physical Activity Research Center (PARC), we have been studying how Play Streets are organized and their impacts on kids, families, and communities in rural settings. To get the word out about our work, in February our team gave three presentations at the 2018 Active Living Research Conference in Banff, Canada and in March two presentations at the 2018 American Academy of Health Behavior Annual Scientific Meeting in Portland, Oregon. Our presentations highlighted initial findings from our study.

What do we know about Play Streets? 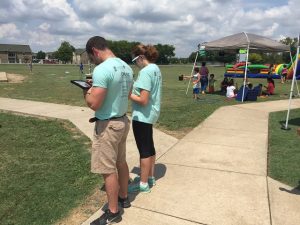 Two of our presentations described two systematic reviews of the existing literature regarding Play Streets and their impacts on play for children, physical activity levels, and communities. We examined 13 peer review articles (from 180 abstracts reviewed in the academic literature) that met inclusion criteria for the review. Six of these studies were from the U.S. and 10 out of the 13 studies did not measure physical activity outcomes. We also reviewed the non-academic literature on Play Streets. The 36 documents that we reviewed (out of 247 documents) were from the U.S., U.K., Canada, Australia, and Chile. Nearly all (34 out of the 36 documents) did not measure physical activity outcomes.

The main findings from the literature include:

What do we know about Play Streets in rural communities? 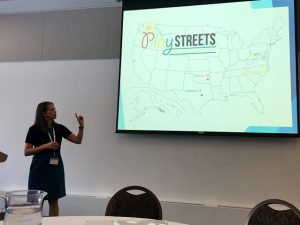 Based on existing literature, Play Streets seem to have positive impacts on children’s opportunities for general play and their physical activity levels, as well as on community safety and relations. Our data also suggest that Play Streets are a good way to get kids active in rural communities. We look forward to learning more about the impacts of Play Streets on children and families, in addition to important lessons regarding how communities should organize and run them.